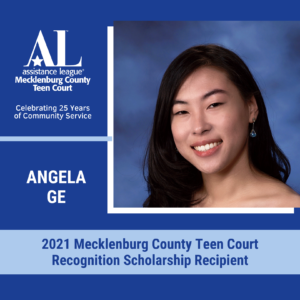 Angela Ge – “Serving in Teen Court and hearing the experiences of misguided teens has led me to exercise patience and understanding in my relationships with others and to believe in a deeper reason for their actions.” 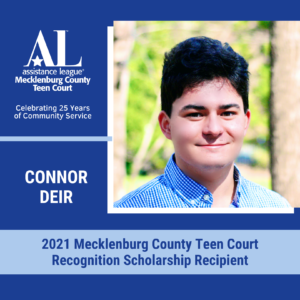 Connor Deir – “Thanks to Teen Court, I have become increasingly aware of how essential rehabilitation is. As a result, I now strive to eliminate the prejudice and stigma surrounding teens in the justice system by being aware of others’ circumstances before rushing to judgements.” 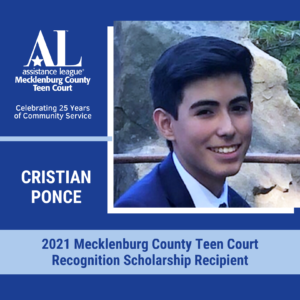 Cristian Ponce – “There has been no program that has prepared me to empathize, serve, and communicate more than Teen Court. I aspire to use the set of skills and values my involvement has provided me with to hopefully one day, change the lives of others through science and and technology in pursuit of my goal.” 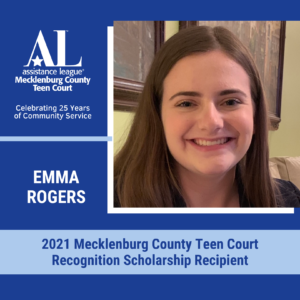 Emma Rogers – “Teen Court has shown me that the world isn’t all black and white. People shouldn’t be judged just on their actions alone– the whole story is necessary…..Making a mistake doesn’t make someone a bad person or any less deserving of respect or friendship.” 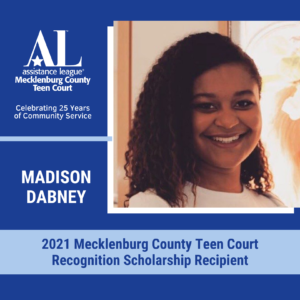 Madison Dabney – “I believe that the goal of justice isn’t punishment, but reform. If a person can understand their actions and the impact it has on themselves and others, there is a greater chance of them not repeating the same mistake”. 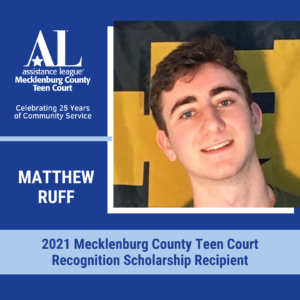 Matthew Ruff – “We’re taught that most every conflict can be solved by putting ourselves in someone else’s shoes… empathy is such an important trait for me to live out. And volunteering as a defense attorney at Teen Court has been the ultimate exercise in developing that skill.”