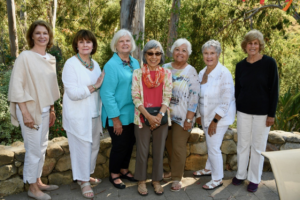 The Assistance League awarded $3,500 each to those qualified students who will attend, or are already attending, a four-year college and whose family incomes are just above the cut off for federal financial aid programs. This is the group that is most under-served by other scholarship funds and grants. These recipients can re-apply at each of their four years of college if they qualify. Assistance League was pleased to provide 10 such scholarships; four recent high school graduate recipients and six returning scholars. The four new recipients are from Dos Pueblos, Lompoc, Carpinteria, and Righetti high schools. They will be attending UCSB, UCLA, Humboldt State and University of Maine. The six renewal recipients are in their second, third, and fourth year in college and are attending UC Berkeley, Cal Poly San Luis Obispo, Columbia University and UC San Diego.