What do Dorothy from the Wizard of Oz, Rosie the Riveter, Her Royal Majesty Anne Boleyn and now Dolly Parton have in common? They all have “starred” as the Atlanta Chapter’s “Thrift Witch” at the Atlanta Botanical Garden. Each October, the Garden sponsors a Scarecrow in the Garden exhibit where businesses, civic groups and non-profits can participate by entering a scarecrow or similar fall creation. Having entered since 2017, the chapter has won awards four out of five years.

This year’s entry is “Simply Dolly” a riff on the iconic singer, songwriter, and philanthropist Dolly Parton. Dolly is an internationally known and beloved entertainer, singer, songwriter, and actress who is a force for good in the world with her support of many philanthropic programs to help people in need. Sound like Assistance League’s mission? The creative crew behind the Thrift Witch thought so, too, thus the inspiration for this year’s entry.

Her glitzy outfit was fashioned from donated formal wear, and she stands on a platform surrounded by donated LPs spray painted gold and silver to symbolize her many award-winning albums. Dolly’s words of wisdom are the “labels” on the records and include some of her iconic quotes such as “If you see somebody without a smile, give em’ yours,” “I just don’t have time to get old,” and our favorite: “It seems the more I give, the more I get, and that’s the way it’s supposed to go in life.” We agree! 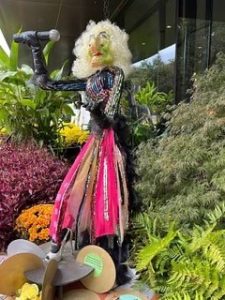 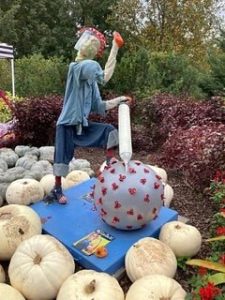 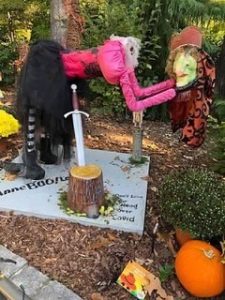 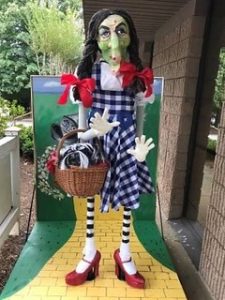