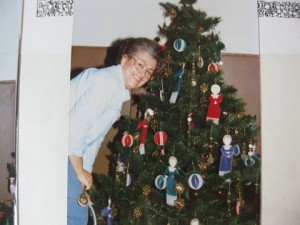 In June of 1976, National Assistance League invited 150 local women to attend an introductory meeting with the hope they would like to embark on a new adventure. They listened to the Assistance League story, and the aims, ideals and breadth of community service possibilities were described for their consideration as a potential base for a local organization that could be of value and service to Hemet and San Jacinto.

Sixty-three women from the original group agreed to found a guild, a potential chapter of Assistance League, and it was initially referred to as Assistance Guild of Hemacinto. The philanthropic project of this guild was Operation School Bell® and the goal was to supply clothing to elementary age school children with the intention of promoting and improving each child’s self-image. After researching school districts and consulting with school administrators, such a project was determined to be an effective means of encouraging better school attendance as well as helping to build the self-esteem of children in need.

Massacre Canyon Inn was the location of the first two meetings. The Harford Mortuary property at 295 W. Main St. in San Jacinto was established as the “Guild House”, and beginning in December, 1976 all guild meetings and activities were held there.

The volunteers developed criteria, forms, and schedules. They collected clothes, prepared dressing rooms and organized the first Operation School Bell base of operations. They contacted schools, informed parents, and selected the children to receive clothing. In April 1977, as a result of their planning and careful screening, 35 elementary school children were outfitted with clothing and shoes.

During the first six months of 1977, fundraising efforts were limited to the participation of members, their families and close friends. Before members attended the Assistance League convention in Long Beach, IRS clearance for the organization was finalized allowing guild members to direct their efforts to one major fundraiser – the Christmas Gala. This featured a dinner, holiday gift boutique, and a raffle for four elegantly decorated Christmas trees. The event proved to be successful and worth repeating in the future. With all of the planning and hard work and a profitable fundraiser coming to fruition, it was decided that the coming year should begin with a concerted effort to raise awareness of the guild’s potential for providing a valuable service to the community’s children.

In the school months of 1978, the stock clerks, fitters, and receptionists were kept busy outfitting an additional 115 valley children. The estimated cost would have been $30 per child if the clothing had been new. Because some of the guild’s members restored used clothing to excellent condition, the cost was less.

Concurrent with these events, endless hours were spent developing bylaws and standing rules with the intent of gaining National Assistance League probationary status. Due to the sale of the Harford Mortuary, the fledging organization had to find new quarters. From 1979 through the mid 1980s, a house on San Jacinto Street and then a space in a refurbished lumber yard in San Jacinto housed Operation School Bell.

While at the lumber yard location, a small thrift shop was established. During this time, the regular monthly meetings were held at Provident Federal Savings. In November, 1979, Assistance League of Hemacinto became the “64th link in the golden chain”.

During all this activity, the organization continued working Operation School Bell and the Thrift Shop, planned Christmas galas, and also added an Antique Seminar as a fundraiser.

Membership in Assistance League of Hemacinto continued to grow, as did the need for the services that it provided to the community at large, thus requiring more space. In 1985, four acres were generously donated. That property was sold and the profits were used to purchase a 4,200 square foot building located at 180 N. Girard St. in Hemet. This provided room to expand Operation School Bell storage, clothing displays, dressing rooms and the growing Thrift Shop. Much needed office space and a large meeting room could be added later.

Money from a low interest county loan for building refurbishment and the ongoing revenues from fundraising enabled the group to make the repairs and adjustments needed. Before this goal could be realized, a devastating fire broke out on April 25, 1986, and the repaired premises and the entire contents of Operation School Bell and the Thrift Shop were destroyed.

Due to the foresight and astute planning of the leadership, the building and Operation School Bell clothing were insured. With more determination and community support, Assistance League of Hemacinto was again functioning by September 1986.

A few years ago the need to expand our facilities was realized. An expansion committee was formed to assess our needs and to meet with consultants, lawyers and financial advisors. They developed a three-phase plan. Phase One, remodeling and expansion of the building for Operation Sschool Bell, was completed in 1995. Phase Two, enlarging the blighted Thrift Shop from 1,000 to 2,000 square feet was completed in 1996. Both projects were funded with HUD grants. These grant funds enabled the organization to build an expansion fund dedicated to the completion of Phase Three, the addition of the 2,310 square foot meeting room and kitchen facility. In August 2004, the chapter purchased the adjoining two lots to the south of our building for future expansion.

After these improvements, focus was shifted to expanding philanthropic programs. More clothing was purchased to give children a variety in choosing their outfits. Personal hygiene products were purchased. Backpacks with school supplies were added so children could do school work at home and not fall behind in their learning.

In 2002, the Children’s Literacy Enhancement Opportunity program (CLEO) was developed. This allowed each child who came to Operation School Bell for clothing to choose a book to take home. The large selection of books with different reading levels and subjects encouraged each child to read.

In 2011, Operation School Bell underwent a major change, closing our chapter store and moving to retail shopping. Our members meet the families at the San Jacinto Walmart, where each child chooses $85 worth of school clothing. The vacated Operation School Bell store was transformed into a much needed marking and sorting area for the Thrift Shop.