Assistance League volunteers transforming the lives of children and adults through community programs.

Essential needs are met in our community, and families flourish. 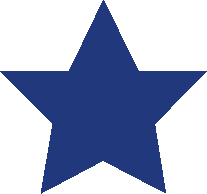 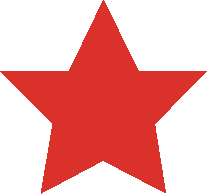 Our Disney-Pixar pre-released screening
of “ONWARD” on Sunday, March 11, was a big success. This heartwarming, animated film was directed and co-written by Betty Zych’s son, Dan Scanlon.

Disney for helping us host this fabulous movie screening event. It was a very special day celebrating Betty and Dan’s love of family.

Our event was a complete success selling out both Emagine Rochester theaters with 310 guests.

Our Silent Auction netted over $3,100 with the generous donations of movie memorabilia from PIXAR.

To top the day off, Dan presented us with an amazing gift from PIXAR of $10,000!

The co-founder and chairman of Emagine Entertainment, Paul Glantz, presented us with his donation of $1,000 for our organization.

Finally, our talented chapter member, Tiffani Wolf, created a fabulous array of delicious desserts incorporating the characters of the movie into her food presentation.

We want to thank our committee who helped organize this wonderful event and our membership for supporting this celebration of Betty and her two sons, Dan and Bill.

“ONWARD” opened to the public on March 6 and topped the box office sales earning $40 million! It currently remains in first place for moviegoers.

Please tell your family and friends to see this great movie!

Please tell your family and friends to see this great movie!

Assistance League® of Southeastern Michigan, founded in 1993, is a nonprofit, 501(c)(3), hands-on, all-volunteer organization whose purpose is to clothe, feed, educate, and comfort children and adults through community-based programs.

These donations will cover more than one-fourth of the organization’s annual funds needed to support programs that clothe, feed, educate and comfort Oakland, Macomb and Wayne County residents in need.

Rosa Glover-Adams, principal of Barton Elementary School in Detroit, was the keynote speaker at the event. She talked about how the Operation School Bell program brought growth in her students’ self-confidence as they selected their own new school clothing.

Assistance League® of Southeastern Michigan, founded in 1993, is a nonprofit, 501(c)(3), hands-on, all-volunteer organization whose purpose is to clothe, feed, educate, and comfort children and adults through community-based programs.

One of the largest community programs sponsored by our organization is called Operation School Bell®, providing students in need of school clothing and necessities. Each year individual schools are chosen in Wayne, Oakland and Macomb counties to receive a large distribution of items for their students which are delivered and displayed at the schools by Assistance League volunteers.

The Einstein students had a chance to “shop” in their own school gym for all-new basic essentials that are needed for a successful school year: a warm coat, pants, shirts, underwear, socks, gloves, hat, toiletries, a book and a duffle bag to hold their gifts.

The teachers brought their students to the gym on a class-by-class basis. Then, Assistance League members, aided by community volunteers including Oak Park Mayor Marian McClellan, GM Accounting, GM Tank Command, Miller Vein and FOX 2 Meteorologist Lori Pinson, escorted the children to each “station” to assist in the selection of sizes and colors of their new clothes.

Assistance League’s Operation School Bell has been the sponsor of this program for 25 years.  This fall, more than 4,000 students will be provided clothing and necessities in 13 metro-Detroit-area schools.

PONTIAC, Michigan (10/29/19) – Thanks in part to a $10,000 grant from the Insurance Industry Charitable Foundation, Assistance League of Southeastern Michigan outfitted all 316 students from Will Roger’s Elementary School.

The program, known as Operation School Bell, sets up a makeshift store in the school gymnasium, where students can “shop” for new winter coats, hats, gloves, underwear, socks, pants, shirts, hygiene kits and a book with their name in it.

Each child received a large duffle bag to hold their new items and were escorted around the store by adult volunteers, who helped them make selections.

“We thank the IICF for their generosity, which will help more children at risk in southeastern Michigan’s tri-counties stay warm this winter,” said President Cindy Guerrieri, who heads the Assistance League of Southeastern Michigan.

The IICF is composed of five divisions: Midwest, Northeast, Southwest, West and the United Kingdom. With nine chapters, they award grants to nonprofits and charities in a wide range of areas, including:

Through the 20-plus leadership boards in the United States and United Kingdom, the IICF has awarded $31 million in community grants and contributed 300,000 hours of volunteer service. More than 110,000 industry volunteers have given back to those in need.

About 500 happy shoppers attended the event with great opportunities to sample food and drinks from local restaurants and to see the latest in Christmas season decorations. Great prices, great friends, and even a surprise visit by Elvis! A great time was had by all.

Assistance League of Southeastern Michigan benefited from a fabulous donation from Bordine’s of $5,000 — and more than $1,300 from a 50/50 raffle at the event to help fund our Philanthropic Programs.

“We are so grateful to YWHA for their generous support of our program. Most recently, these funds enabled us to help 82 middle school students in Wayne County shop for new school clothes at a local store,” said Assistance League President Nancy Troyer.

The grant will also help support Operation School Bell at elementary schools where students select their own new winter coat, hat, gloves, pants, tops, underwear, socks, hygiene kit, book and duffle bag.  One of the fourth graders, who lived in a shelter, was determined and successful in finding a book called JUNIE B. JONES because, “It makes you laugh before you go to sleep.”  This is what hope looks like for many children.

For more than 140 years, the YWHA has contributed to the successful development and enrichment of the lives of women and children. YWHA provides grants to nonprofit agencies serving women and children primarily in Wayne County, Michigan, through education, provision of basic needs and cultural enrichment programs.

Throughout the past year, Assistance League members have purchased and delivered these much-needed necessities to AFG, hoping to help the young women realize their potential and assuring them that someone cares.

During the 2018-19 school year, Operation School Bell serviced over 6,100 students and young adults with clothing and/or necessities.