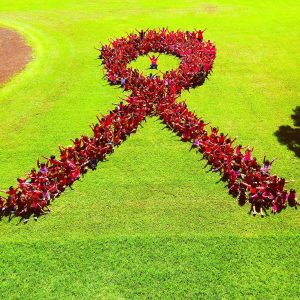 In 1894, Anne Banning, Ada Edwards Laughlin and their friends raised money for local charitable giving. By 1919, they founded what was to become Assistance League of Southern California. They provided food, clothing and assistance to local families severely impacted by World War I. They expanded north to San Francisco where earthquake and fire victims received their help. They greatly expanded their efforts with a neighborhood Community House offering programs and services which emulated public & private agencies.

Organized as a national nonprofit in 1935, founders Anne Banning, and close friend Ada Edwards Laughlin pioneered to raise money for those people underserved by conventional charities. Anne and Ada created a legacy of giving back that endures today.

In 1948, there were 10 local chapters throughout Southern California.

As the population grew, more chapters were formed. To support the growing number of chapters, National Assistance League was organized in 1936 and incorporated in 1949. From this modest beginning, Assistance League has grown to 120 chapters with over 26,000 members throughout the United States.

HIGHLIGHTS OF THE HAWAII CHAPTER OF ASSISTANCE LEAGUE

Assistance League of Hawaii, a 501(c)(3) nonprofit, nonpolitical, nonsectarian organization, identifies unmet needs and addresses them through programs developed and delivered by the members.

1968, Hawaii became a Guild at the Halekulani Hotel and selected a project for testing the hearing in preschool children. Meetings continued to be held there until 1979.

1969, Assistance League Guild of Hawaii was designated by National Assistance League, as a potential affiliate. The Thrift shop opened at 404 Piikoi Street to fund the project. The first benefit was a Fashion Show held at Liberty House. The Hearing test project was approved.

1971, Assistance League of Hawaii was chartered as the 57th chapter. Their only project at that time was to test the hearing of preschool children. The hearing test project continued until the 1980s when it became the responsibility of other agencies.

1972, Assistance League of Hawaii began a second project, Operation Wildlife, centered at the Honolulu Zoo where members acted as docents. Members also developed a mobile educational program on endangered species for students on the neighbor islands. It consisted of a scripted PowerPoint presentation focused on endangered species and a “touch see” exhibit of real and exotic animal biofacts. The hands-on program was developed to enhance the 4th grade science curriculum. The Zoo portion ended in 2016, but the endangered program was expanded to include how the ecosystem affects the environment in the future. The Operation Wildlife Program is offered to students on the major Hawaiian Islands, including Oahu.

1988, We Care was created to respond to requests for temporary emergency help. Today, We Care provides Malalma bears for trauma victims and are available from fire trucks, hospitals, hospice centers. Layettes are given to new mothers in maternity wards for newborns in hospitals. Toiletries, other items and clothing are given to shelters and abuse centers. Household items are given to Foster Care children who are aging out of the system.

1990, the Tutu Tutorial Program began with 17 tutors who helped 90 students enrich their reading skills. Members work one-on-one with children in Oahu Schools. Books are given to the students as well as to school libraries. A school library is staffed totally by members who continue reading to classes of students continuously throughout the school year.

1998, Operation School Bell® was launched. This program was initiated in Southern California by a teacher who identified this need and several chapters adopted it. It has become the National Assistance League’s signature program. Operation School Bell provides new clothing to disadvantaged children in schools identified by the Department of Education’s Title I program. Over the years, the chapter has helped clothe thousands of children.

In 2002, Assistance League of Hawaii purchased the current property at 1505 Young Street.

In 2004, The Thrift Shop moved to newly renovated building on Young Street

In 2010, Assistance League of Hawaii attained 69% expenses returned to the community.

In 2010, The Share Program was formed to recycle thrift shop donations that were serviceable but not saleable in our store. Donations are redistributed to other 501(c)(3) charities to give to other disadvantaged recipients.

In 2011, accredited by the Better Business Bureau.

In 2016, Outreach Program was approved to better serve the community.

In the summer of 2018, Tutu Tutorial was renamed OSB Literacy Services and placed under Operation School Bell.

February 2020, Assistance League of Hawaii’s mortgage note was fully paid on the property purchased in 2002.