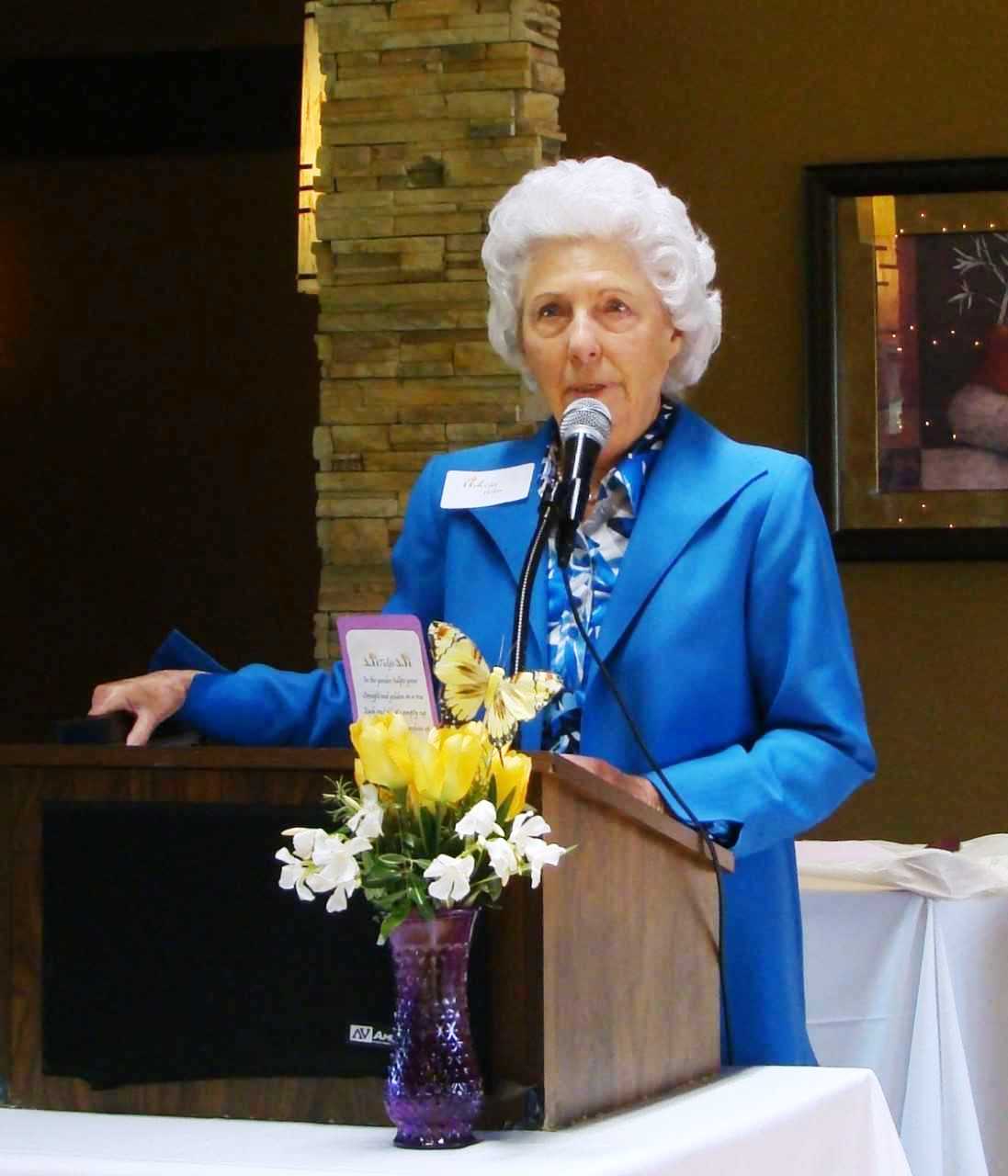 Ada Edwards Laughlin may be known to you as the “co-founder” of Assistance League. When referred as such, Ada would reply that “I am her administrator of ideas and money,” referring to Anne Banning.

In 1935 Ada was appointed by Anne Banning to draw up bylaws for a national organization and to form a committee to outline its policies for promotion and expansion. The purpose of National Assistance League was to carry on the community services after patterns established by Assistance League of Southern California, the founding chapter. Ada founded the Board of Review, which investigated and admitted groups of women’s organizations from cities other than Los Angeles to provisional status to become chapters of National Assistance League.

It is my distinct honor and pleasure to present the Ada Edwards Laughlin Award to our own founding and still hardworking member: Glee Heikes